Media attribution involves analysis of media touchpoints (referral source) along the path to purchase to determine which has influenced sale and which credit should be given to for influencing conversion.

The purpose of attribution is to more accurately credit different channels for their influence in generating leads or sales. Without attribution media such as social media and paid media like display advertising may not be credited sufficiently since they generated an initial visit to the website, but a sale is credited to another subsequent visit prompted by a different source, for example, if someone searches for the brand in Google.

In Google Analytics it is available in the Conversion reports as Multichannel funnels.

Google explains that any channel can play three roles in a conversion path:

The Attribution modelling tool gives these options illustrated by this example: 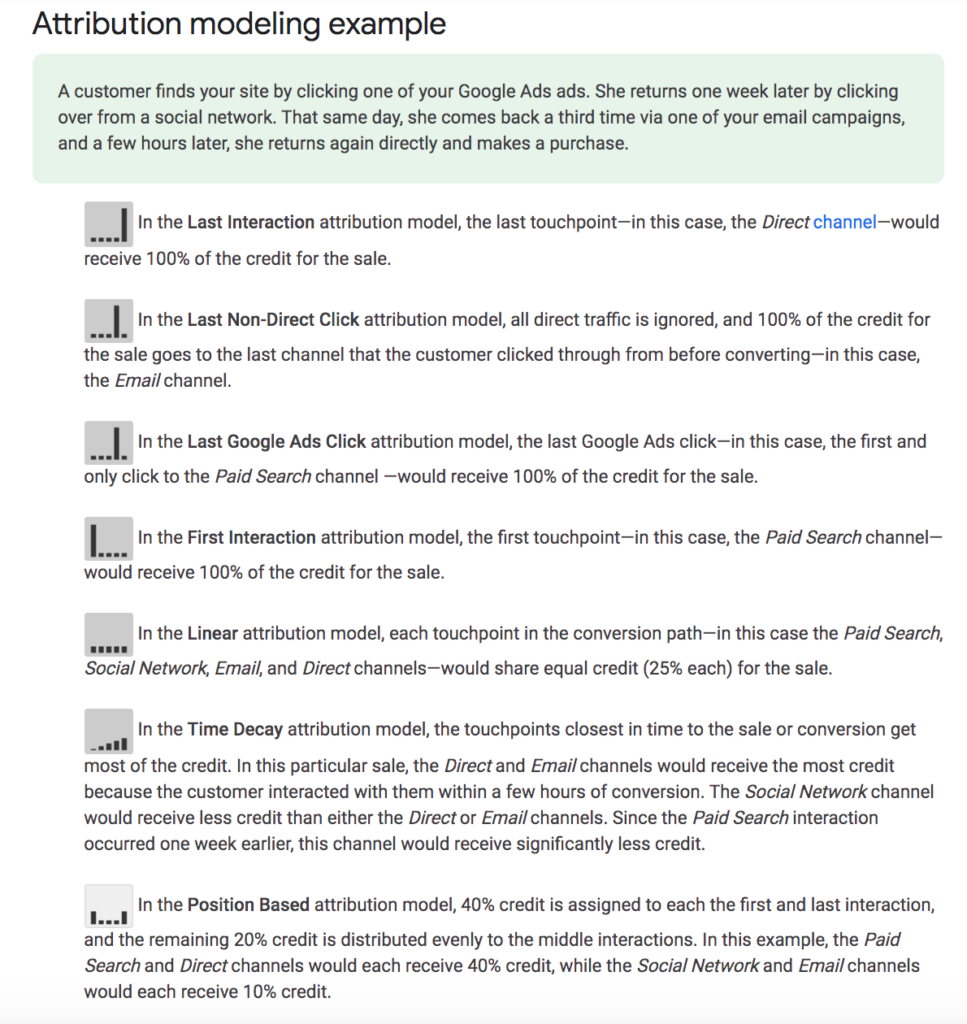 What is digital marketing?